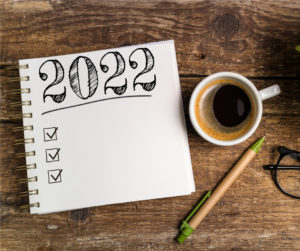 This article was written by Audra Franchini and published by RCA

There are some differences between what and when different groups of us make resolutions. There’s an uptick in purchasing fitness products by baby boomers just after the new year, but millennials seem to wait until beach season. Maybe those of us who are older don’t get too excited about how we look in our swimwear any longer.

I couldn’t find any evidence that people in recovery from substance use disorders make different types of resolutions than people not in recovery. Lorde may have it right when she sings we crave a different kind of buzz, but apparently when it comes to resolutions, we are all pretty similar.

How long do our resolutions last?
The Wall Street Journal reported 88 percent of those who set New Year’s resolutions fail. One study cites an 8 percent success rate and another again gives the young a huge lead, with 39 percent of 20-somethings achieving resolutions compared to only 14 percent of people over 50. How many people keep their resolutions for one month? Estimates range from a low of 17 percent to a high of 64 percent. Let’s face it, change is difficult.

But keep this in mind: People who make written resolutions are 10 times more likely to achieve their goals. So don’t just throw up your hands, declare it impossible and throw the resolution out with the confetti! Remember Kelly Clarkson: What doesn’t kill you makes you stronger. Keep at it!

Why don’t we keep them?
If we really want to save money, stop drinking, lose weight, eat right, why don’t we? Is it willpower? Moral fortitude? A motivation problem? It may surprise you, but this has been scrutinized for centuries since Socrates (in Plato’s Protagoras) agonizingly asked the question: If one judges “A” to be the best course of action, why do we so often choose “B”? It’s actually even got a name — it’s called Akrasia. Loosely translated from its Greek origins, it is a lacking command over oneself and applies to moments when we act against our better judgment.

Make it a habit
Popular lore says that it takes 21-66 days to make something a habit. This means those good eating habits, work habits, etc. aren’t going to come naturally until the snow finally stops on the East Coast. As for new bad habits? Don’t do it! It’s much easier to make a new habit than to break an old one!

Keep it Simple & Achievable:
Goals that simply can’t be achieved in a reasonable time will be too frustrating to keep. So, if you want to work out, swim, run every day and you haven’t been doing any exercise for years, aim for two days a week to start. You can always go for the gold once you build up your endurance!

Make it Measurable:
If you can’t see progress, you’ll lose motivation. Experts say that putting something in writing and even charting your results makes achieving your goals easier. If nothing else, charting your actions and results sometimes shows you just how far apart your goals and behaviors are.

Finally, and maybe most importantly, get someone to help hold you accountable.
Frank Ra, author of a New Year’s book, says resolutions are more sustainable when shared. It’s another way to build accountability, especially in the Internet era. One woman was $23,600 in debt. Her resolution was to work her way out of it — publicly. She launched a blog, And Then We Saved, to chronicle her attempts. In about 18 months, she’d paid off her debt. She was willing to let the world help keep her accountable — that’s impressive! But a word of caution: Choose the person you ask to help you very carefully — some people can go overboard when asked for help!

My Own Resolutions?
I’m committed to keeping my writing factual, so yes, I do know that it was Nietzsche who originally said, “That which doesn’t kill us makes us stronger” (not Kelly Clarkson). As for the rest of my resolutions, I’m not going to share them here; I can’t imagine having so many people knowing them and helping to hold me accountable!