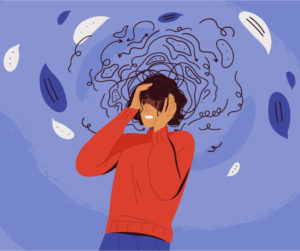 This article was written and published by RCA

Every human being alive is familiar with the unpleasant experience of anxiety. Most of us feel some level of anxiety on a daily basis. Some situations are more stressful than others, but generally we are able to continue functioning in spite of this anxiety.

Many people find that a drink of alcohol “calms the nerves” in stressful situations. It might not seem like a big deal, and for many it is not, but for those who suffer from an anxiety disorder, the combination of anxiety and alcohol can lead down a dangerous path and towards necessary alcohol rehab programs.

For those who suffer from these symptoms, alcohol may present itself as a solution. Alcohol is known to reduce stress and inhibit impulse control, thereby temporarily alleviating the feeling of anxiety. However, this relief is temporary and fails to address the source of the stress.  Alcohol consumption actually serves to reinforce anxiety in the long term.

For example, a person with an anxiety disorder may be overwhelmed by a difficult financial situation to the point that they feel incapacitated. Consuming alcohol may temporarily reduce anxiety, but, once sober again, the financial problems are still there. Since the individual was unable to initially address the problem, this anxiety increases.  Building anxiety in this way can be harmful and will likely result in a repetitive cycle.

Those who struggle with a mental disorder, such as anxiety, are twice as likely as the rest of the population to suffer from a co-occurring substance abuse disorder. When this occurs, it is called comorbidity. Each illness is likely to complicate and exacerbate the other, leading to a dangerous and ever worsening cycle.