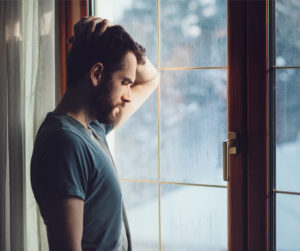 Purpose provides direction and meaning. And for human beings, this can mean the difference between a healthy quality of life versus one that isn’t healthy. And the emotions that may arise from the latter may bring some individuals to the point of wanting to numb those feelings with the use of  drugs or alcohol. And if it gets to the point of uncontrollable misuse of either or both, help may be required. Alcohol addiction involves compulsive and potentially harmful patterns of substance misuse, but may be managed with treatment.

In this candid and powerful interview, Steven opens up about what life was like before and after the military, his purpose-driven life as a soldier in the Army, how he had to discover his new purpose in a post-military existence, his struggle with post traumatic stress disorder (PTSD), and suicidal ideation.

Be sure to tune into future episodes of Addiction Talk, but first catch this touching episode about how one man worked through his addiction and PTSD and is living a purpose-driven life.

If you’re struggling with alcohol or drug misuse, there are resources available to help you. AAC is a nationwide leader in addiction treatment and provides care in a supportive environment under licensed medical professionals. If you’re battling with an addiction, please reach out for help.

Combat Veteran Steven Kuhn had just gotten out of the military and was working as a doorman. While on his new job one day, an oblivious 14-year-old boy decided to make Steven the target of his disparaging comment. “Look at this loser. Get a real job,” said the boy in an attempted effort to feel better about his own shortcomings in his life.

Frustrated and not feeling good about himself already, all Steven could think about was who he was: “I fought in a war. I’m battle-scarred.”

But it was then that Steven realized that he was lacking purpose. “I think the biggest frustration was that no one understood me… I didn’t want to talk to other veterans… I knew that would just keep me down… It would put me in my zone of memories and just keep me in that space. And I knew that I had to break out, but I didn’t know how.”

Filled with anger and facing PTSD, if anyone else approached Steven with derogatory comments (not including the clueless teen), it led to a fight and then he would blackout.

He goes on to say, “I don’t even remember what happens. And through that, you hate yourself because you can’t control yourself… You hate yourself, someone else hates you… it’s an endless cycle and it’s the same thing with alcohol or drugs… I wasn’t doing drugs, but I was drinking alcohol.”

Get into a fight. Drink. Go to bed. Wake up. Repeat. That’s the life that Steven was living until a major event happened… and a series of others that followed… changed his life.