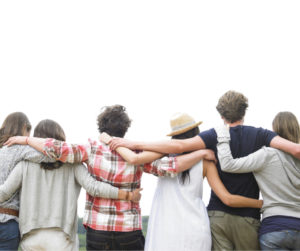 This article is by Recovery Connection

According to Johann Hari, the author of New York Time’s bestselling book, “Chasing the Scream: The First and Last Days of the War on Drugs,” everything we have come to know about addiction is wrong.

Johann Hari is one of the many people who have been affected by their loved one’s struggles with substance abuse. Whether we like it or not, addiction is a family disease that needs to be addressed and treated as such. So, he decided he wanted to dive deeper into his understandings of what may cause addiction and how we should approach the treatment of an addict. So, he conducted his own study by meeting with and talking to different people who have dealt with addiction all over the world.

His personal experiment led him to find groundbreaking answers to his questions about addiction. Johann Hari was the speaker of a recent Ted Talk, where he fully explains his findings. This information is beginning to revolutionize many people’s belief systems and mindsets in regards to addiction and addiction treatment.

Human Connection is the Opposite of Addiction, rather than Sobriety

We, as a society, have implemented a system where we punish addicts for their addictions. For example, if someone has drugs on them and gets caught, they receive a hefty possession charge. This often leads to jail, which is usually permanently on your record. Future employers will see this, making it hard for any recovering addict with a record to find a job. When addicts can’t find a job, how do we expect them to further their journey to better their lives? We are setting them up for failure and offering them little support.

In order to promote healthy change in an addict’s life, people like Johann Hari believe we should be providing them with the support and human connection that they need. He explains that it is a human’s innate nature to seek out a connection through bonding. When someone experiences trauma or other forms of hardship and feels as if they can not find human connection, they will find a way to bond with something else. Hari explains, “Now that might be gambling, that might be pornography, that might be cocaine, that might be cannabis, but you will bond and connect with something because that’s our nature, that’s what we want as human beings.”

So, instead of cutting an addict off while they are in their depths of addiction like we are taught to do, we should be there for them and offer support. Of course, it is important to set up healthy boundaries, but completely writing an addict off because they are struggling with their disease will only cause further harm. Because a connection is the opposite of addiction when we take away the little human connection that an addict has left it is fair to hypothesize that their addiction will only worsen. We see this all of the time. When addicts are shunned and damned for their actions, they struggle to hold onto or even attempt to find sobriety.

So, What Can Actually be Done?

According to Johann Hari, he has witnessed a system that contains the answer in solving the addiction dilemma. Hari explains, “Nearly fifteen years ago, Portugal had one of the worst drug problems in Europe, with 1 percent of the population addicted to heroin”. These are shocking numbers, so Portugal knew something needed to be done. Portugal implemented the “War on Drugs” system and the drug problem only got increasingly worse. The system that Hari witnessed is a bold and revolutionary idea, that some of us may disagree with at first glance.

Hari paints a picture of Portugal’s new system, “They resolved to decriminalize all drugs, and transfer all the money they used to spend on arresting and jailing drug addicts and spend it instead on reconnecting them — to their own feelings, and to the wider society.”

Now, decriminalizing all drugs may seem drastic and counterproductive, but it actually produced the desired results when coupled with the new funding for recovering addicts. The whole point of decriminalizing all drugs is to remove the cycle that addicts get stuck in; get high, get arrested, try to find a job, get denied because of their record, and get high again because there is nothing to give them purpose.

Hari gives us the statistics from Portugal’s new system and they are outstanding, “An independent study by the British Journal of Criminology found that since total decriminalization, addiction has fallen, and injecting drug use is down by 50 percent”.

50 percent of addicts got the help that they needed and are living productive lives filled with purpose and human connection. How was this achieved? Through the allowance of addicts to actually thrive after they suffer from addiction. Portugal quit demonizing their addicts and began to prioritize helping them. Funding the recovery of addicts, rather than funding the imprisonment and humiliation of their struggles. When they started treating them like people who deserve love, respect, and support, they got better.