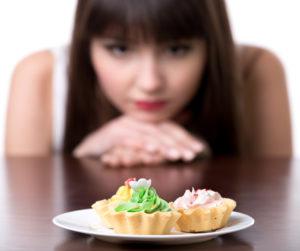 This article is by Hank Robb and published by Smart Recovery

‘Self-control’ is:
a) what you build up, develop, create, learn by controlling your behavior repeatedly – regard self-control as a skill; b) NOT a THING you have [or don’t have] that lets you control your behavior [or not].

When some one says:
‘I have no self-control over my drinking,’ or whatever, I can ask:
‘Are you well practiced at resisting urges or opportunities to use.’

The answer is
‘no’. This person is well practiced in giving in to those urges and opportunities.

That is why those who do practice resisting urges [self-control], after awhile, report that it becomes easier and easier to continue. They have been exercising and building their self control and now have begun to show a fair bit of this skill.

In one famous study, children were left with a candy bar and told that if they didn’t eat it they would get two candy bars. The children who resisted the temptation while alone were secretly observed and found to use verbal self-
reminders and distracting activities.

Children who didn’t resist were later able to do so after being taught strategies for better self-control. We have a toolbox of such techniques, but they all require using them.