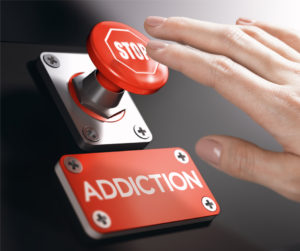 Why is it that some teens and young adults can try alcohol or experiment with drugs, and it somehow does not evolve into a substance addiction? Whereas, with others, they try it once or twice, find themselves not being able to control their compulsion to use more, and spend years struggling with addiction? Perhaps it’s environmental; that is, if an individual has grown up around one or two parents or adult family members that abused substances, they will abuse substances themselves. Perhaps it’s genetic. Or maybe it’s a bit of both.

According to the National Center for Biotechnology Information (NCBI), addictions to a certain degree, can be associated with shared environmental and genetic variables. Addictions are complex and common diseases that are often chronic. The origins of addiction, however, can be interpreted through analysis and genetic studies, which helps to remove the stigma associated with substance misuse.

American Addiction Centers (AAC) is a nationwide leader in addiction treatment, helping individuals age 18 years and older with both alcohol use disorder and substance use disorder. We provide supervised medical detox, outpatient and inpatient care, and aftercare planning. If you’re struggling with an addiction, please reach out for the help that you need today.

The Realities of Substance Addiction

Addiction alters the brain in such a way that an individual’s normal desires and needs are replaced with preferences associated with seeking drugs, and ultimately, using them. This leads to compulsive behaviors that decreases impulse control, regardless of negative repercussions from continuing with such behavior.

Because the brain consists of many different parts with different functions to perform, when drugs are introduced into an individual’s system, they interrupt the brain’s normal tasks and inevitably alter how well it works.

Those struggling with an addiction to drugs and/or alcohol should seek out professional medical help in order to receive the care they need. Trying to quit on their own or continuing to use substances may be dangerous, contingent upon the severity of the addiction itself. It’s best not to self-diagnose and instead to reach out for professional help.

On the other hand, there are teenagers (and some young adults) that aim to fit in with their peers so much so that they are willing to participate in activities such as binge drinking, underage drinking, and various substance use. They don’t have a genetic predisposition to substance use disorder and the adults in their lives never abused substances—at least not in front of them, if they have at all. These teens drink. They use substances. And one day, they make a decision that doing those activities no longer suits them or they’ve simply outgrown the underlying reason that caused them to engage in such behavior in the first place. And they walk away from substance use unscathed and never having been addicted. And then there are some people who never even try alcohol or drugs at all.

The uncertainty surrounding substance use can be daunting. And as easy as it is to say, “Don’t try drugs at all and only drink in moderation and when you are of age,” the reality is that people will do whatever they want to do in the end. And many people who’ve tried drugs and didn’t believe they would get addicted, have gotten addicted.