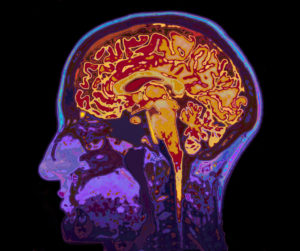 This article is by The Fix

Scare tactics about the impact of addiction are common, but the science speaks for itself.

The idea of drugs damaging the brain has long been used to try to prevent people from using drugs, or to get them into treatment. While there is truth to the scare tactics, the full picture is much more interesting — and concerning.

Drugs impact your brain while you’re using them, making it more difficult to quit. Brain scans show physical differences in the brains of people with addiction compared to those who do not struggle with substance use disorder. However, there are also signs of hope: research shows that with time, your brain can recover from the damage of addiction.

Here are the facts you should know about addiction and the brain.

Drugs have a big impact on three areas of the brain.

You already know that drugs are bad for your brain, but just stick around for a minute. Understanding exactly how drug use impacts different areas of the brain can help you grasp the nuances of addiction and dependence. With new scientific advances, scientists understand more about the specific impact that drugs have on the brain.

While drug use impacts the whole brain, three areas are particularly susceptible to damage from drug use. They are:

The interaction between liking and needing your substance

Most addiction starts off when someone tries a substance, like opioids or alcohol, and decides that they like how it makes them feel. Maybe it takes the edge off of trauma or quiets a mind that is normally buzzing. Because you enjoyed the sensation that the drug brought on, you seek more of it.

Over time, as you continue to use, the processes outlined above unfold. Rather than seeking a drug because you like it, you seek it because you want it, and eventually need it just to feel normal.

Soon, you don’t have a feeling of liking the drug any more — you’re not driven by that positive experience. Instead, you’re driven by a powerful need for your substance. You’re dependent on your substance, and likely addicted as well.

Your brain can recover with time.

Learning about the ways that addiction changes the brain can be terrifying. However, scientists are now starting to study what happens to the brain when you get sober. The results are very promising. One study found that within about 14 months, the brains of former methamphetamine users developed normal dopamine patterns, rather than the disrupted dopamine patterns of active drug users.

The concept of neuroplasticity tells us that the communication networks in the brain can change and rejuvenate with time. Just like addiction rewired your brain once, recovery and sobriety can rewire it again, this time for the better. Having access to high-quality treatment that includes neural feedback, counseling and medical care can help you heal your brain.