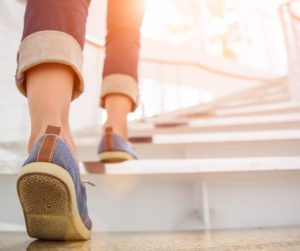 This article is by Smart Recovery

Precontemplators usually show up in therapy because of pressures from others… spouses, employers, parents, and courts… Resist change. When their problem comes up, they change the topic of conversation. They place responsibility for their problems on factors such as genetic makeup, addition, family, society, destiny, the police, etc. They feel the situation is HOPELESS.

“I want to stop feeling so stuck!”

Contemplators acknowledge that they have a problem and begin to think about solving it. Contemplators struggle to understand their problems, to see its causes, and wonder about possible solutions. Many contemplators have indefinite plans to take action within the next few months.

“You know your destination, and even how to get there, but you’re not ready to go.”

It is not uncommon for contemplators to tell themselves that some day they are going to change. When contemplators transition to the preparation stage of change, their thinking is clearly marked by two changes. First, they begin to think more about the future than the past.

The end of contemplation stage is a time of ANTICIPATION, ACTIVITY, ANXIETY, and EXCITEMENT.

Most people in the preparation stage are planning to take action and are making the final adjustments before they begin to change their behavior. Have not yet resolved their AMBIVALENCE. Still need a little convincing.

Stage where people overtly modify their behavior and their surroundings. Make the move for which they have been preparing. Requires the greatest commitment of time and energy.

CHANGE IS MORE VISIBLE TO OTHERS.

Change never ends with action. Without a strong commitment to maintenance, there will surely be relapse, usually to precontemplation or contemplation stage.

Most successful self-changers go through the stages three or four times before they make it through the cycle of change without at least one slip. Most will return to the contemplation stage of change. Slips give us the opportunity to learn.