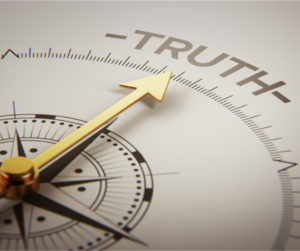 Concerned family members and friends always want to know what the statistics are on whether someone gets over alcohol or drug addiction. That is understandable. They are watching their loved one destroy themselves, day by day. They are asking what addiction statistics are so that they can feel better about their loved one’s addiction… that they will eventually recover if the odds are on their side. They are reaching out for a lifeline of hope.

The problem is this: Whether someone gets sober depends on one thing – whether the addict themselves is ready to get sober.

They aren’t done yet.

What the addiction statistics won’t tell you is that most of those addicts who truly want to get sober or clean – they’ve come to the conclusion that they don’t want live this way or be this person they’ve become anymore – a high percentage of them can and do succeed. This is especially true if they get help from a qualified addiction treatment center.

Just to be clear:

And it doesn’t matter what their drug (or drink) of choice is. Heroin addicts, alcoholics, marijuana smokers and cocaine snorters – addicts of all types have recovered and maintained that recovery over many years, even their entire lives.

So it is possible to recover, from any substance.

The missing ingredient in trying to figure out who gets sober and stays that way is usually their willingness to do what it takes to stay that way.

The statements above can be hard to swallow.

As parents, loved ones, friends, supervisors, and court system officials, there is only so much that you can do. You’re looking for the right words to say, the right actions to take, the right interventionist… anything that will magically make your loved one free from addiction.

The truth is that we can’t make anyone feel motivated. We can’t make them want something enough to do the work to get it. It’s a decision each person must make for themselves.

Unless you’ve been addicted in the past, it’s hard to really know what it feels like, not to mention the thinking behind the actions of an addict.

Yes, addiction is a disease. But it’s not a physical disease like cancer. It’s a mental illness.

The words of a recovered addict say it best. Chris Harbolt shares with us:

“It’s a mental illness that tells you, ‘This time you can just do a little bit and be okay. You’re not going to get all strung out like you did last time. You are just going to do $10 or $20 worth, just to get rid of a horrible, dark feeling of a black cloud following you.’

Untreated alcoholism and drug addiction looks like the worst case of bipolar and anxiety you can ever hope to see.

One minute you are so depressed you don’t even want to get out of bed for four days and the next minute you are so full of anxiety and fear over literally nothing that you can’t even stand to be in your own skin.

And our brains say, ‘One little bag of that stuff, man, and you’ll feel better for at least the next few hours.’”

To the outside world, addicts seem to perform better on drugs. It’s because they’ve gotten to the point that they need the drugs to function. They aren’t acting on purpose to destroy their lives, they are simply trying to survive. Harbolt tells us:

“I didn’t wake up in the morning and say I’m going to do a huge shot of heroin and hopefully OD and end up in ICU.

Just to be able to function normally, I had to have something in my system.”

What can you do to help an addict?

There is a prevailing attitude that you should leave an addict to their own devices until they “hit bottom.” While this may have worked in the past, or with those addicted to alcohol or some other type of drug, it may not work so well with fentanyl.

Why? Because the next dose could be deadly.

The amount of fentanyl in heroin, for example, isn’t regulated. It’s impossible to judge what the addict is getting when the needle goes in the arm. So, if it’s a larger dose of fentanyl mixed into that heroin that the person isn’t used to, it can cause an overdose.

Still, it’s up to the addict to decide it’s time to get clean.

So what do you do?

You may have come to the conclusion that you can’t have them under your roof. That’s fine, but don’t lose contact. Don’t cut them out of your life. They need to know someone out there cares for them, as Harbolt relates:

“My parents wouldn’t let under their roof, but they never cut me out of their lives. If I didn’t believe that there was anyone on this earth that believed in me, I would have overdosed on purpose or walked in front of a train. They said to me, ‘You can’t live here, but we believe we can do this.’”

Let your loved one know you’ll be there when they are ready.

If they’ve ever been able to string together some sober or clean time, tell them, “You did it once before, you can do it again.”

Above all: Never, ever, give up hope. It doesn’t matter what the addiction statistics say, there is always hope as long as your loved one breathes.

Let them know you are there for them, and then wait for them to ask for help. When they are done fighting this on their own or living the way they are, they will be ready.

Until then, remember that they aren’t bad people, they are just addicted. The person you love and care for is still there, thankfully.