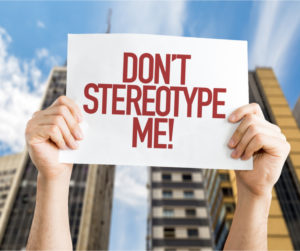 This article is by Olivia Pennelle and published by rehabs.com

Thousands of people are unnecessarily dying because we misinterpret how those struggling with addiction think, according to a philosopher, German Lopez.

After a year of reporting on the crisis, Lopez claims the stigma against addiction “is the single biggest reason America is failing in its response to the opioid epidemic,” and to overcome that stigma, we need to first understand it.

In 2016, 42,300 people died of an opioid overdose. Yet treatment programs, medically assisted treatment (MAT), and harm reduction policies (like needle exchanges and supervised injection sites) exist. Lopez argues that the success of these programs has been inhibited by the perception that addiction is a moral failing, along with the myth that helping a person suffering is somehow enabling them, rather than helping them find sobriety.

A recent Vox report featured a felony treatment court judge referring to MAT as a “crutch.” That same judge went on to say that, according to the former health and human services secretary, Tom Price, the person is “just substituting one opioid for another.” In Indiana, county commissioner Rodney Fish blocked a needle exchange program, quoting the bible in his reasoning.

While advocacy groups and people speaking openly about recovery have helped change the perception of addiction, there are still many who believe it is a matter of choice – that we have the power of choice to take the drugs over the negative consequences. In choosing drugs, we’re viewed as having weak character or poor judgement.

It is this kind of stigma that Lopez claims is doing the real damage. Philosophically, he believes this is caused by the misguided belief that people always do what they think is best, and that their actions reflect their values and beliefs. Yet, when people take drugs and develop substance use disorder, the power of choice has gone. They are motivated much less by their morals and values and more by their need to fulfill a physical addiction.

The Flawed Philosophy of Addiction

Lopez argues that this flawed philosophy of addiction is what shapes our treatment of it, whether we’re aware of that or not. This is evident in the idea that someone has to hit a rock bottom – to experience the grave consequences of their choices – before they can find recovery.

Another example of that philosophy is that MAT and needle exchange programs are viewed as a means of enabling, mitigating the issues, and leaving the underlying problems unresolved. If that were the case, then why are more and more people finding recovery before they get to deaths door?

Could we adopt a more sympathetic view of substance use disorder? Lopez argues we can. In doing so, he suggests that we need to change our perception of addiction. For example, we must recognize that powerful drugs have the power to hijack rational choice in favor of pleasure.

It is by understanding these scientific facts, as opposed to unfounded judgments, that we might start viewing addiction as a disease instead of a moral failing…and improve our chances of beating this epidemic.