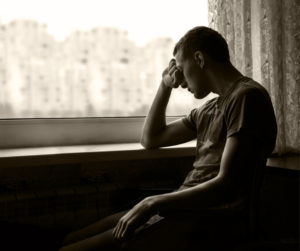 If guilt is the bad feeling I get after doing “something wrong,” then shame is the bad feeling I get about being myself. Shame might arise along with guilt (“I’m not good enough, and a bad person, for doing something that terrible”). However, shame might arise by itself. In the extreme I might think “I do not even have the right to exist. I’m so bad and foul and awful that I don’t deserve to belong to the human race. I should not be allowed to have the air I breathe, the food I eat, and the time and attention I get from others.”

Simply stated, guilt is about what I did. Shame is about who I am. When I behave wrongly or badly, and feel guilt or regret, there are often ways I can resolve these feelings: Make it up to someone, apologize, make restitution, etc. But shame is harder. Shame suggests that I am simply not good enough, or maybe don’t even deserve to exist?  How do I fix fundamental flaws, or all of me? A small amount of guilt can be motivating (to behave better the next time). Perhaps there is value in a small amount of shame also, but in the extreme it could lead to depression and suicide.

If I could fully separate how I behave from my value as a person, then whatever I do wrong does not lead to feeling shame. This separation is not easy to accomplish. If I could separate how everyone behaves from their value as a person, then everyone would have value as a person, and no one should be ashamed. Even if I cannot fully separate my behavior from myself, there can still be value in trying and improving my ability to do so. As with all negative emotions, I benefit from coping with them, even if I cannot fully master dealing with them.