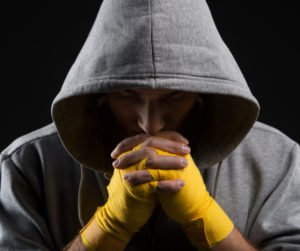 This article is by Lee Weber and published by AddictionBlog

What does the science say?

Advocates of the 12 Steps and a spiritual way of life have been saying for decades that faith and belief are cornerstones to recovery. However, agnostics and atheists still have a hard time accepting the notion that spirituality must be a part of recovery. So, what does the science say?

In fact, scientific literature strongly supports the notion that spiritual or religious beliefs can enhance health and quality of life, also called QOL. In a review of 200 + studies, positive relationships were reported between a person’s belief and positive life outcomes. Indeed, the following positive relationships have been documented in people who actively practice religion in their lives:

These studies show that religious and spiritual beliefs typically play a positive role in adjustment and in better health. Furthermore, spirituality was included in the World Health Organization’s Quality of Life instrument, the WHOQOL, after focus group participants worldwide reported that spirituality was an important component of their QOL.

The bottom line is: Suspended disbelief can lead to wonders.

And if so, what are we up against? First, we are fighting inner demons. Then, we have to fight the world outside.

We find that addiction recovery is an uphill struggle. Not only do we deal with the inner demons, we are also demonized by the world around us. People who are diagnosed with substance use disorders may experience stigma as a consequence of the culturally endorsed stereotypes that surround the health condition. In addition, social stigma links addictive behaviors to a range of other health conditions such as:

The negative stereotypes around addiction guide social action, public policy and allocation of health-care expenditures. Very often people who have substance use disorders are perceived to have control over their illness.

The blame and pressure thrown at us during addiction can change the way we view ourselves.

People respond to this stigma with anger and punishment or avoidance, holding people in addiction recovery wholly responsible for their behavior. Psychological breakdown is a common occurrence during these hard emotional and/or physical attacks. So, how might we build resilience as we fight addiction? How can we fall back onto spiritual or religious practice?

Before we examine the ways that we can use our own beliefs in recovery, it can help to look at models and concepts. It’s helpful to know how people see addiction…so that we can begin to position ourselves in the world accordingly. This serves two purposes. First, you can start to understand how and what others believe about addiction. Second, you can strengthen your own belief.

These different concepts of addiction have been based in research but are not conclusive. Indeed, some have fallen out of professional acceptance altogether, such as the moral volitional model. Even though these outdated concepts do not accurately describe the nature of addiction, individuals may hold beliefs related to these concepts. So, although research suggests that addiction does not result from weak morals, people may believe that addicts lack moral fortitude. The most common core concepts of addiction follow.

1. The Moral or Volitional Concept.

The moral model finds people lacking in moral fortitude and suffering from addiction as a result of weakness. Proponents of this model deny that addiction is in any way an illness. Any reported “loss of control” is interpreted as evidence of weak character and depravity.

The psychoanalytic model defines addiction as the result of an underlying neurosis. Treatment consists of psychotherapy which seeks to lead to a mature lifestyle by penetrating early childhood emotions and memories. Therapy is typically a long and involved process with minimal success. The psychoanalytic model gave rise to notion of the addictive personality, which is the idea that certain negative personality traits are common to anyone diagnosed with substance use disorder.

Family-interaction proponents view alcoholism or drug addiction as a role assigned to an individual family member, while the other relatives play complementary parts. Because the family members define themselves by the roles they play, removing the key actor results in the other members trying to restore him/her to an addictive state. A life of sobriety is possible with family therapy.

The Alcoholics Anonymous (AA) model states that alcoholism is a spiritual problem. The group identifies a need for a spiritual recovery in order to lead a life of sobriety. Participation in the meeting of AA helps the recovering alcoholic to maintain his/her relationship with a healing Higher Power. The AA model also states that untreated, alcoholism is a progressive and fatal disease, specifically a disease of the mind.

The disease concept, or medical model, describes addiction as a progressive disease with its own set of symptoms. Often, the disease is hereditary and can be fatal. Most at risk are those whose body chemistry allows them to become addicted more readily than the general population. Under the medical model, addiction must be identified as a primary disorder and treated as such.

The adaptive model of addiction defines addiction as a failure to reach adult levels of integration. This failure drives the individual to find substitutes to provide meaning, social support, and organization. As a heuristic for clinical intervention and treatment, the disease concept serves a purpose. However, if its purpose is only to be an antidote for the guilt individuals feel over his/her substance use, then other models should be considered.

Can your beliefs help you recover from addiction?

Your beliefs can help you recover from addiction. In addition to enhancing the quality of life and offering resiliency in stressful situations, spiritual and religious beliefs have been studied in association with substance use behavior.

Studies have shown that spirituality and religiosity reduced the impact of life stress on initial level of substance use and on rate of growth in substance use over time among adolescents.

Possible protective mechanisms conferred by religious involvement may include:

In sum, there is support for the positive impact that spiritual and religious beliefs can have on minimizing substance use behavior.