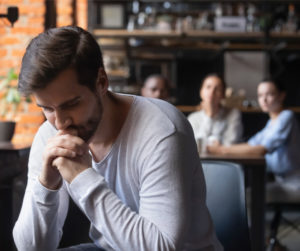 Many times people argue that using drugs is a victimless crime, that those who are using are not hurting anyone but themselves. Depending on whom you ask, that couldn’t be farther from the truth.

Hurting your family, friends, and people you may never meet by doing your part in funding organized criminal organizations is not driven by innocence. The purchase of illegal drugs and the victims of crimes associated with the manufacturing, distribution, sale and use of these substances are staggering.

Even a casual drug user that “pops a molly,” smokes marijuana, or uses cocaine may think they are just having a good time and not hurting anyone. But the trail of violence that precedes them enjoying that substance is rather horrific.

Tinkering On the Border of Tragedy

Soldiers and police officers guard packages of seized marijuana during a presentation for the media in Tijuana, Mexico, Monday, Oct. 18, 2010. Scenes like this are a common occurrence along the land and waters of our southern border. On a conjoined operation with the army, local and state police seized 105 tons of U.S.-bound marijuana, by far the biggest drug bust in the country in recent years. Eleven suspects were detained.

Drug cartels’ main source of income comes from the drug market. In fact, they have their hand in every major drug including ecstasy (MDMA), heroin, cocaine, marijuana, prescription pills, synthetic and designer drugs. Their ability to mass produce these chemical substances is readily at their disposal because they seem to have infinite financial resources to do so. The money they make from their drug campaigns fund other, more violent, endeavors.

Although we only make up five percent of the world’s population, the people of the United States account for 30 percent of all the drug demand. And the USA/Mexico border has a heavy hand in that figure. Exact numbers are nearly impossible to ascertain but estimates indicate that it’s well over a 140 billion dollar industry, per year.

Americans need to realize that every time they purchase illegal drugs, they reward the cartels. Think about this: One recreational drug user may spend $100 to $200 a weekend on cocaine. That expenditure, in turn, buys the cartel numerous rounds of ammo, for example. Two weeks of use can buy an assault rifle.

But the cost of weekend drug use for a month can equate to an entire month of pay to a cartel member soldier. Take a step back for a moment and realize that even your small drug purchases do indeed fund this drug war, but in favor of the other side. And illegal drug cartels rage a violent campaign.

A Mother Cries in Monterrey, Mexico

In 2016, Mario Berlanga writes this about a tragic story from Monterrey, a city within the Mexican state of Nuevo León. “My friend Maria, mother of a 14-year-old son, temporarily fled her low-income neighborhood in the city of Monterrey with her family when she realized a cartel was forcing boys to join their business. Two nights after their return home, armed men entered her house and killed her son in front of her in retaliation.”

Illegal Drug Use Touches More Lives than the User

For many families across North America, Maria’s story is retold in the details of other victims in our own country who have had to succumb to the presence of cartel representatives in their neighborhoods, or gangs that have taken control.

The misconception that drug use is a singular crime, affecting no one else but the users, needs to be put to rest. From your family to the families on the front line of the never-ending drug war south of our border, every time you purchase drugs it sets in line a chain of events that may not directly affect you but could impact hundreds of people in its wake.

The problem has yet to be resolved but continues on. Drug supply is proportionate to drug demand.

If you or someone you know has a problem with drug abuse, silence is deadly. Contact us for help.