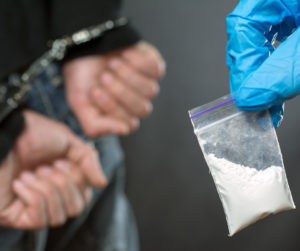 Getting arrested is a scary thing. It can be even more so when you are dealing with a drug or alcohol addiction. Traditionally, if you were found guilty of a drug-charge, you’d receive a long jail sentence.

Thankfully, drug court entered the picture in 1989. It diverts selected defendants with drug or alcohol related charges – typically those with less serious offenses – into treatment versus prison.

Offering rehabilitation instead of punishment, drug courts were designed in recognition of the fact that addiction is a disease affecting the brain. And, since their inception, it has been shown that receiving treatment versus serving hard time is more effective for those whose addiction is at the root of their trouble with the law.

Drug court has been credited with saving money for taxpayers, and, more importantly, saving and changing lives.

RELATED: Learn why addiction is considered a disease

Take Amelia, for instance. According to her employer’s website, she struggled with addiction since the age of 13, became pregnant at age 20, and was arrested at some point after that. When her parents petitioned for custody of her daughter, Amelia successfully sought out drug court with the help of her attorney.

The result? She graduated from the program a year later, and the court dismissed her felony. As she says on her employer’s site:

“’I did not know how to get clean, and drug court gave me the treatment, counseling and support I needed to stay off drugs and face the reasons I self-medicated… I learned I was not alone and I could create another, healthy life for myself.’”

Amanda is another mother whose life was completely changed by her experience with drug court, as reported in the Coshocton Tribune in June 2019. Amanda’s addiction to prescription drugs almost lost her custody of her children. She credits family drug court with helping her overcome her addiction and get her life together again.

Previously, Amanda would get a few months clean and then relapse. With the help drug court, she was able to achieve over two and a half years of sobriety… and counting. As she is quoted in the article:

Vince is yet another story of the transformational power of drug court. From alcohol to cocaine to crack, he was caught up in the cycle of addiction, and with it came some convictions, as reported by the Nashville Tribune in September 2019.

When a judge asked him if had a problem with drugs and alcohol, Vince realized that the only times he went to jail were when he was under the influence. The judge sent him to the then-newly-formed drug court program, and he became the second graduate of Nashville’s drug court in 1997.

Now, with 23 years of sobriety under his belt, Vince helps others stay clean with his work with a state mental health facility. As he says in the article:

“’I was totally insane, so out of my mind and mentally ill that I wanted to die,’” he said. ‘I think programs like (drug court) are very helpful for giving someone a new way of life, like it did me.’”

This is but a few of the many stories of people who turned their lives around after drug court. These stories are uplifting and inspiring to hear, but what do the larger statistics tell us?

Drug Courts Save Taxpayers Money and Reduce the Recidivism Rate

Drugs and alcohol are a big factor when it comes to crime, according to a 2010 CASAColumbia (CASA) at Columbia University report:

The need is great, but so is the payoff.

By providing needed treatment and rehabilitation, drug courts yield $2.21 in direct benefits for every $1 invested, according to the NADCP.

This gets even better if the offenders are higher-risk, saving $3.36 for every $1, because of the added costs of reincarceration, another court appearance, contact with law enforcement, etc. The National Institute of Justice found those savings to be nearly $7,000 per drug court participant in a 10-year study.

There are other savings to be had in taking a larger view.

Including economic costs such as foster care (for the children of the addicted who must go to jail) and other costs, there is another $2 to $27 reaped for every $1 invested. Adding to direct cost savings to the public purse, that is up to $13,000 in overall savings for each person who goes to drug court.

Saving money is only one side of the equation.

Drug court graduates are less likely to be re-incarcerated and have lower rates of drug and alcohol use – for several years after graduation. If they do relapse, they require a shorter treatment duration to get back on their feet. They also report better family relationships, higher rates of employment and higher incomes as well.

Check out these statistics compiled by the NADCP:

How Does Drug Court Work?

Drug court is very different from the normal judicial process. Instead of an adversarial relationship, the defense and the prosecution work together toward the common goal of getting the participant sober and back to being a functioning member of society again.

In fact, drug court involves a team of players, all working to help participants get clean – and stay that way. Alcohol and drug addiction treatment providers are a part of that team, as are community organizations and other public and social service agencies.

The judge addresses the participant directly, and, instead of one hearing or one trial, there are ongoing, regular meetings to check on how the participant is doing. There is also frequent (yet randomly scheduled) testing for the presence of alcohol or drugs.

You may also be required to attend a self-help program such as 12-step meetings with Alcoholics Anonymous or Narcotics Anonymous.

As a part of the strict monitoring that goes along with drug court, participants may also have random home visits. Personal commitments, such as work or school, are expected to be upheld, and completing community service may also be required. Going to drug court takes a lot of determination and commitment, not only from the participants, but also from the team, with frequent court appearances and reporting.

To keep participants motivated to continue and comply, there is a system of rewards for progress (and the opposite for those who backslide). Rewards could simply be verbal encouragement, praise, tokens and more. Sanctions range from a warning or more community service time to a short stay in jail, progressing to a possible loss of a driver’s license and/or termination from the drug court program. Repeated infractions bring progressively worse sanctions.

Drug courts typically take a phased approach to treatment, starting with stabilization followed by intensive treatment, and, finally, a period of transition as the participant prepares to be on his or her own, back in the real world. The levels of supervision will be most intense in the beginning and gradually lessen as the participant progresses.

Some drug courts require a certain period of sobriety before releasing participants to their own recognizance. The long-term nature of drug court allows participants to firmly establish themselves in a new life where they can maintain sobriety.

Always, there is support from the drug team to get you back on your feet and keep you on the right road. If you are successful with meeting the requirements of drug court, you might be able to have the offense either dismissed or expunged.

You may also be offered help in other areas of your life, for example, with getting an education, training for a job, housing, or financial assistance. Again, it all depends on the drug court in which you participate.

If, for some reason, you do not complete the program or you are terminated from the program, your case may be proceed as it would have traditionally, via the criminal justice system.

How Do I Get into Drug Court?

In order to participate in drug court, you must be accepted into the program.

First, you or your attorney should find out whether you have access to a drug court. Chances are, there is one in your jurisdiction. According to the National Drug Court Resource Center, there are over 3,000 drug court programs operating within the United States, with drug courts in all 50 states and some districts as well.

Not all drug courts operate the same way; each drug court has its own requirements.

Usually, violent offenders are excluded from participating. The offense typically also has to be a qualifying drug or alcohol-related offense, such as drug possession or a DUI.

If you are accepted into drug court before you or your attorney enters a plea, you may be able to have the charges dropped. This is known as a pre-trial or deferred prosecution model.

If you enter drug court after the plea is entered, you may be able to have your sentence suspended pending your successful completion of treatment, known as a post-adjudication model.

Some drug courts do not waive the charges, even after successfully completing the program.

However, you still have the advantage of avoiding jail time, which is arguably plenty of motivation (besides getting your life back) for taking advantage of the life-changing power drug court.

In any case, you are waiving your right to due process and a speedy trail by entering a drug court program.

Again, your attorney can provide specific advice to you, taking into account your unique situation and the way that drug court operates in your jurisdiction.

As you can see, drug court is an innovative, effective solution to tackling the issue of crime and addiction. You can’t punish addiction away; it needs to be treated, as does any other disease. And when those affected by it receives proper treatment, it can make all the difference in their lives and the lives of all they touch.

If you find yourself addicted to drugs and alcohol and arrested, remember to ask about drug court. It may be the best thing you ever do.