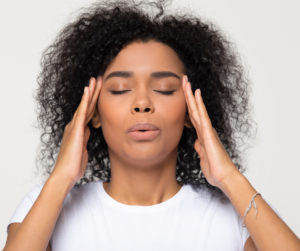 This article is by Smart Recovery

Self-control is what you build up, develop, create and learn by controlling your behavior repeatedly. We should regard self-control as a skill. It is not a character trait or a thing you have to have that lets you control your behavior (or a thing that not having it prevents you from doing so!)

If someone says, “I have no self-control over my drinking or drugging, or eating sweets or whatever,” it might be asked, “Are you well practiced at resisting your urges or opportunities to use or to overeat the wrong things?” The answer would likely be, “No.” This person is well practiced at giving in to those urges and opportunities to use. (No criticism from me! I did this for years and years.)

How to get control over urges and cravings

Getting control over your urges and opportunities is like getting control over a bicycle or roller skates or anything else. You’re not going to start out as an expert. You will get control of it only by forcing yourself at first to act differently than you feel! (It looks like the bike should fall over.) And it may feel very difficult or strange. But by practicing over and over, you learn to ride the bike! So the reason people correctly “feel” that they don’t have self-control is because they haven’t been practicing what would give it to them. In this case, the skill is in resisting urges or opportunities to use.

Self-control is what you build up, develop, create and learn by controlling your behavior repeatedly. We should regard self-control as a skill. It is not a character trait or a thing you have to have that lets you control your behavior.

Along with other related strategies, at SMART Recovery we learn how to stall, distract and resist those urges. If sometimes we don’t succeed, we keep trying and resist discouragement, like getting back on the bike if we tumbled! Those who do practice resisting urges, after a while report that it becomes easier and easier to continue. They have been exercising and building their self-control and now have begun to show a fair amount of skill. In every day language, thinking that you must first have “self-control” before you can acquire a change in your behavior is “putting the cart before the horse.”

In one famous study, children were left with a candy bar and told that if they didn’t eat it they would get two candy bars. The children who resisted the temptation while alone were secretly observed using verbal self-reminders and distracting activities. Children who didn’t resist were later able to do so after being taught new strategies for better self-control. Things like learning that urges are time-limited, and they will crest and subside if we stall and divert the thoughts to something else. We practice doing this in our group meetings to help you be prepared for when you are tempted.