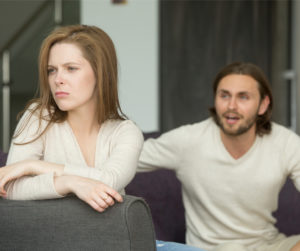 This article is by Foundations Wellness Center

How do you tell if an alcoholic is lying? It’s when their lips are moving.

If you love an addict, this old saying may ring true for you.

Still, it can be easy to forget you’re not talking to that person you know and love if they are in active addiction. After all, they look the same… the same eyes, hair, height and build. But you may feel as though a stranger has taken up habitat in your loved one’s body.

In a way, it has: Your loved one is hostage to addition.

In fact, it’s the addiction, not your loved one, that you are talking with most of the time.

The addiction is also why that person you knew to be so honest and caring is suddenly callous, even mean. And, of course, telling lies.

Why Do Addicts Lie?

Addiction rewires the brain so that the number one goal of an addict is to get the next hit. Everything else is secondary, including the truth.

Here’s another way to look at it: In the same way people with Alzheimer’s, dementia, Parkinson’s or traumatic brain injury are affected in life, so are those addicted to drugs or alcohol. (Although the damage done by addiction is at least partially reversible).

Remember the movie 50 First Dates? Drew Barrymore’s character looked healthy and well. But the damage to her brain was only apparent in interacting with her.

Similarly, you’ll surely notice a difference in interacting with the addict in your life. One of those ways is a steady stream of lies. Following are eight classic ones that addicts tell.

They do need money, but not for the reason you think (or that they may tell you).

What they are looking for is money for drugs, and whatever you give them most likely will go there. Addicts prioritize their next hit above all else – even eating, drinking and having a roof over their heads.

Consider anything of value (not just money) that you give someone in active addiction lost to drugs. They will not hesitate to sell Grandma’s jewelry, your clothing, your laptop, your TV or anything else for cash to buy drugs.

LIE # 2: I only use [before work/at night/on weekends and holidays, etc.], so I’m not an addict

The definition of addiction does not include the time of day substances are used. Rather, it is continuing to use despite significant negative life consequences.

So work is suffering, family relationships are frayed and money is a sieve in their hands. They lose their job and can’t get another one. They are in danger of being kicked out of their apartment or home. They can’t be bothered with family dinners or even a phone call to let you know they are ok. (However, they can pick up the phone to ask you for money, see above).

You know something is wrong. Deep down, so do they. Still, they attempt to justify it by saying they only use at certain times. Once the substance enslaves the addict’s brain, this is most likely not true. And they are probably high at the time they are telling you this.

LIE #3: I have control over this

Again, drugs change how the brain functions. To some degree, these changes are reversible, but only after a prolonged abstinence from substances. (Volkow, et al., 2001) (Hicks et al., 2012)

Right now, though, the addict is probably lucky to have two hours sober or clean strung together.

Every time they come down from the last high, their brain screams for more. It is a nearly irresistible craving – not to mention the onset of dopesickness – that drives them to use again and again. It comes to the point where they use just to not feel bad.

The truth is the addict has little to no control over their own lives.

This is a variant of “I have control over this.” They may say or even think, “I’m using now, but at some future date, when I’m ready, I’ll be able to stop cold-turkey.”

First, abruptly stopping is going to make them feel horrible, even bring on potentially serious physical and mental consequences. Detoxing from illicit substances should be done under 24-hour medical supervision.

Second, without addressing the underlying conditions and reasons why the addiction started in the first place, they are highly likely to relapse… even days (sometimes hours or even less) after detox.

Also, the brain isn’t magically restored to normal the minute substance abuse is stopped. It can take several months or more. That’s why long-term treatment is so vital.

LIE #5: Treatment didn’t work for me

It is not uncommon for an addict to go through one or more rounds of treatment before getting clean and sober for good.

Some will even arrange for treatment and not show up for the intake appointment. Others bail within a day or two, because they just weren’t ready to do the work. Some complete 30 days and think they are good.

As mentioned above, just going to detox is not likely to make recovery stick. But what about those 30 days? Or 60 days, or even 90? How long is long enough?

The short answer is: Studies show that the best outcomes come with longer treatment. How long depends on the individual, but for most it takes at least three months to stop or significantly reduce the use of drugs.(National Institute on Drug Abuse, 2020)

After all, it takes 90 days to make a habit. And it’s not just a habit we are talking about. Addicts need to rebuild their entire lives, from the ground up, to support their newfound sobriety.

Just remember that, when treatment doesn’t work, it’s typically because of one of three reasons:

LIE # 6: I can go home right after treatment

Early recovery is like a seedling just poking through the ground. If you aren’t careful, it can be stomped out. Protect it while it grows.

In fact, it is a good idea to avoid triggers altogether. And while back in your hometown, you are exposed to multiple ones, such as places you used to use and people who used to use with.

Speaking of your old group of friends… They probably have a lax attitude toward using. They may even still be using themselves. This is dangerous, as researchers confirmed that the attitude your social group has toward doing drugs will affect yours. (Kelly et al., 2010)

Addicts work tirelessly to build an entire ecosystem to support their addiction. In early recovery, they need to work just as hard at constructing one that supports sobriety.

Often, that means living in a new town, in a sober home, and continuing treatment and 12-step meeting attendance. Recovery needs to be watered and fed with nutrients so it can stay strong for a lifetime.

LIE #7: I can take this one hit/have this one drink

So many people have said this. And so many wake up weeks, months or years later to find they’ve lost that time to active addiction.

Once an addict, always an addict. You can either be active or recovered.

It really doesn’t matter how many years you’ve been clean or sober, the possibility still exists to go back. Chances are the longer you are sober, the less likely you will relapse, up until about three years where the likelihood remains stable.

But it’s always a possibility. Don’t let down your guard and tempt fate by just sampling drugs or alcohol again. Slipping back into active addiction starts with just one hit or just one drink.

This is the most damaging thought someone in active addiction can have. Sometimes, not seeing a way out of the condition they are in, they think the only way out is to kill themselves. And it’s a big, steaming lie.

Suicide is never the answer. In fact, it takes away any possibility of an answer.

If a $100 bill is crumpled up on the floor, would you not pick it up, straighten it out and put it in your wallet? You may feel roughed up now, but every single bit of your value is still there. And, unlike money, you are invaluable.

One reason addicts may think that it’s hopeless is that they mistakenly feel it is too hard to get clean. Actually, the very definition of hard is active addiction. Compared to losing relationships, being broke, living on the streets – maybe even stealing, prostituting or worse to get that next hit – recovery can seem easy.

Even if it requires work on your part, hard does not mean impossible. In fact, thousands of people around the world have conquered addiction.

The first step to recovery is the easiest. If you are in the throes of active addiction, just pick up the phone and call for help. Addiction center representatives can arrange for detox and figure out the details with you.

You will need to participate in your treatment, but you will not be alone. And many in the addiction treatment field are in recovery themselves, so they know what you are going through.

As hard as addiction is on those affected directly, it’s not easy to deal with an active addict, either. Lies are just a part of the problem. It can affect your life in profound ways.

If you love an addict, you may find yourself setting so many boundaries – they can’t live with you, you won’t give them money or bail them out of jail, etc.

What you can do, though, is let them know you still care about them. That you’ll be there when they are ready to get clean. That their life still matters and they can still recover. There are plenty of before and after stories to bear witness to this fact.

Above all, don’t ever give up hope on them.

Even though your loved one’s life may be hijacked by addiction, deep down inside they are the same person. They are trapped, buried under addiction’s dark, heavy weight.

Addiction can be overcome, though. And there are plenty of people standing by to help make it happen. Every day is another chance for those in active addiction to start over… and do it right this time.