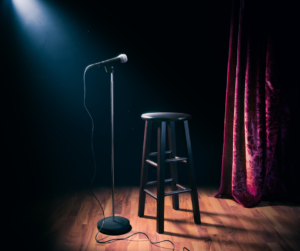 This article was written and published by AAC

One of the main reasons why people who need help for drug and alcohol addiction do not go to rehab centers or detox centers is because of the stigma associated with having dependence on these substances. It is important that the public understands there is nothing shameful about seeking help for and being open about addiction, and people who recognize their substance abuse should be applauded for having the courage to try to overcome their problem, not chastised for it.

Recently, actress and singer Demi Lovato opened up to the public about her struggles with addiction. While many people weresupportive of the actress once she made this revelation, others took it as an opportunity to make fun of Lovato. The Daily Mail reported that the talent show The X Factor, which Lovato is a judge on, recently ran a segment showing the actress drinking out of cups during the show and suggested that she may have been consuming “annoying juice” throughout the show that may have affected her judgment. While this was meant to be humorous, the actress did not seem amused, and many called the move tasteless, especially considering that Lovato had so recently announced that she had addiction issues.

This incident highlights the fact that joking about drug addiction can be harmful to those struggling with addiction. For example, some jokes may make it seem like having an addiction to drugs or alcohol is not a serious problem that needs to be dealt with, while others may cause addicts to feel ashamed. While addiction is no laughing matter, many people may make offhanded comments about drug use while they are in a public setting, assuming that no one around will be hurt, only to discover that the person they are speaking to is either an addict themselves, or has helped a loved one overcome a serious addiction.

This is particularly important for people to understand now, since many in the media have been making fun of celebrity drug use. In particular, it has become increasingly common to hear comedians make jokes about Rob Ford, the Mayor of Toronto, Canada, who recently admitted to smoking crack cocaine. The Minn Post, a Minnesota news source, recently published an article explaining that while people may think that it is fair game to mock Ford and his drug use, addiction experts are not laughing.

The news source spoke to people who work in the addiction industry who said that the fact that people’s first impulse when they hear about someone being addicted to drugs is to laugh is disturbing. Addiction expert Patrick Krill, JD, LL.M, MA, LADC, explained that he feels particularly bad for people who have to go through addiction in the public eye.

Mercifully, my own battle was not as excruciatingly, painfully public,” Krill told the news source. “It’s not on YouTube. It’s not on the news. There aren’t tapes of it floating around. I’m so grateful for that. And I would think anybody coming out on the other side of addiction would be so grateful for that. I think that adds a whole other level of pain. And there’s so much shame and guilt that goes along with addiction anyhow. The worst thing would be to have it memorialized in the digital world.”

Rather than joking about addiction, people who hear about celebrities struggling with drug use on the news should use this as an opportunity to talk to others in their life – particularly children – about the importance of staying away from drugs.