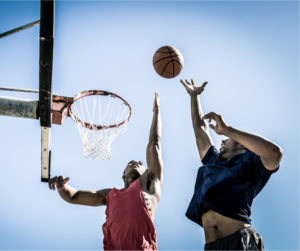 If (as the current paradigm shift in recovery suggests) the opposite of addiction is connection not sobriety, then it makes perfect sense that initiating new romantic relationships early on in recovery is commonplace.  As with so many facets of recovery, there is an abundance of “advice” on relationships.  The recovery “wisdom” on relationships has some worthwhile points to consider, but is often fraught with arbitrary absolutes and unfounded, unrealistic mandates.  Thus far, there has been no empirical data linking horticultural adeptness to interpersonal effectiveness.  So if you buy a plant and it doesn’t go so well, fret not, that doesn’t mean you can’t succeed in building meaningful and lasting relationships.

When prescribing medications the best practice is to start with the lowest possible therapeutic dose and then ever so slightly increase the dosing until therapeutic effects are achieved.  Slowly building a fulfilling relationship can be a vital aspect of successful recovery.  Relationships offer an opportunity to implement emphasized skills in recovery such as impulse control, distress tolerance, emotional regulation, and healthy communication.

Communication is especially important in relationships and is an excellent area to focus on if deciding to initiate a new romance early in recovery.  Leading relationship researchers Drs. Julie & John Gottman identified what they call the four horsemen of a relationship’s apocalypse, and all four have to do with communication.  Healthy relationships manage conflict rather than avoid it.  Couples who manage conflict with healthy communication rather than contempt, criticism, defensiveness, or shutting down (the four horsemen) are successful 90% of the time.  The four horsemen atrophy compassion, compassion requires understanding, and understanding is just another word for love.

You are the expert on you.  You know better than anyone else if initiating a relationship early on in recovery is a wise idea for you.  It is important to consider whether or not you feel prepared and stable enough to manage the difficult emotions that will arise if the relationship does not work out.  But ultimately, people are highly unlikely to recover without building deeper and more meaningful connections with others.