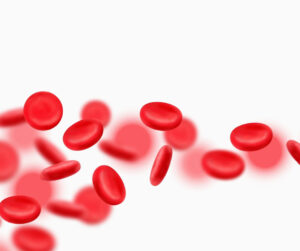 It’s widely known that alcohol leads to various health problems, ranging from allergies to alcohol intolerance to diabetes. But what is the relationship between anemia and alcohol? Can alcohol cause anemia? Can people with anemia drink?

Anemia is a condition in which the blood doesn’t contain enough healthy red blood cells and is caused by a lack of red blood cells in the body or dysfunctional red blood cells. This leads to symptoms like fatigue, pale skin, shortness of breath, lightheadedness, dizziness, and rapid heart rate.

There are three different types of anemia:

The most common type of anemia is iron deficiency anemia, which occurs when a person’s iron levels are low, and blood loss is often the cause. When the body loses blood, it draws water from tissues outside of the bloodstream to keep the blood vessels full. However, this additional water dilutes the blood, reducing red blood cell count and causing anemia.

Blood loss can be acute, rapid, or chronic. Chronic blood loss is most often responsible for anemia, which can result from a stomach ulcer, cancer, or another type of tumor. Other possible causes of anemia related to blood loss include:

Can Alcohol Cause Anemia?

So, what do anemia and alcohol have to do with each other? Red blood cells are needed to carry and deliver oxygen throughout the body. A person with anemia has a low red blood cell count, which can lead to various other problems in extreme circumstances.

Alcohol can cause anemia, specifically a type of anemia called alcohol macrocytic anemia. Otherwise known as megaloblastic anemia, alcoholic macrocytic anemia results from a folate deficiency caused by malnutrition and an antifolate action of alcohol. Antifolate refers to the folate-blocking actions of alcohol.

Low folate levels are the most common cause of low red blood cell count in hospitalized alcoholics. Heavy alcohol drinking is more commonly responsible for macrocytosis.

Alcohol-induced anemia can either be a short or long-term problem, depending on how heavily a person drinks. While anemia can occur after heavy drinking, anemia associated with alcoholism or chronic alcohol use is more common, along with other long-term issues like an alcoholic-liver disease. Alcoholic anemia can occur for various reasons. Below are some of the ways alcohol affects red blood cell production.

Alcohol can also impact red blood cell maturation, which can lead to undeveloped and abnormally shaped or dysfunctional red blood cells. When alcohol enlarges red blood cells, they are more susceptible and more likely to be destroyed quicker than normal cells.

Alcohol can also impact how the body absorbs nutrients. Alcohol-induced malnutrition usually leads to folic acid deficiencies, which impact the body’s ability to form red blood cells. This is why vitamin folate is usually used to treat anemia.

Alcohol can also increase the risk of internal bleeding in the gastrointestinal tract. Drinking too much alcohol can wear down the digestive tract, tearing away at tissue and causing it to become sensitive enough to tear. These tears are called Mallory-Weiss tears and can result in heavy internal bleeding, which in turn can lead to anemia.

Alcoholic anemia symptoms may vary depending on the cause and severity of anemia. Because the human body and all of it’s parts require oxygen to function properly, anemia can have serious side effects if it’s not treated properly or swiftly. With that said, if you’re a heavy drinker, then watch out for these alcohol anemia symptoms:

Fortunately, anemia from alcohol use is reversible. Most people will see an improvement in their red blood cell count a few weeks after they stop drinking alcohol. If alcohol-induced anemia was the result of low folic acid, the individual might be prescribed a supplement to offset this imbalance. However, the main issue is that alcohol can impair the body’s ability to properly absorb folic acid, which is why a supplement is only a step in the right direction. In these cases, a major part of the solution is to stop drinking. Unfortunately, because alcohol anemia occurs in extreme cases of heavy drinking and alcohol abuse, stopping can be difficult. Not only does alcohol cause anemia, but it’s also a highly addictive depressant that can take over a person’s life. Simply quitting isn’t always an option for alcoholics unless they undergo residential addiction treatment. If you or someone you care about is currently struggling with drinking, our Christian drug rehab can help.