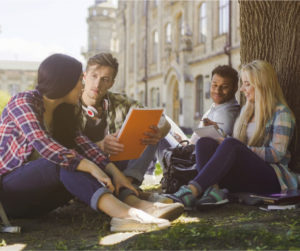 This article was written by Nick Goldberg and published by RCA

Drug and Alcohol Abuse in College

The American college experience, ideally, is a broadening time of liberation and learning. For a typical college-aged student, entering young adulthood and freed from the constraints of parental authority, there are ample opportunities for self-discovery and development.

And yet, the outlook is not always rosy.

According to the Substance Abuse and Mental Health Services Administration (SAMHSA), the use of alcohol, tobacco and illicit drugs is higher among college-aged students than any other age demographic.

This fact correlates with various factors, including mental health issues such as anxiety and depression, unstable family life, diminished interpersonal attachments and lower capacity to tolerate frustration, combined with the many stressors of college life itself: coursework, jobs, internships, social pressure and social media, among others.

Further, alcohol consumption creates academic problems, with one in four students reporting problems such as missing class or falling behind on coursework as a result of drinking. In a comparison between students who binge drink three times a week and those who don’t at all, the former was nearly six times more likely (40% to 7%) to perform poorly on a test on account of their drinking. They were also five times more likely (64% to 12%) to have missed a class on the same ground.

While binge drinking has decreased to an historic low, marijuana use is the highest it has been in 35 years among college-aged students, according to the NIDA report for 2018. This is part of a larger trend among young adults, aged 19-22, with a record-setting 43% reporting use of marijuana over the course of the last year, and with similar rates among college and non-college students alike. There is some disparity, however, in the rate of daily use among this age cohort, being one in nine for non-college students and one in seventeen for college students.

Whether smoked, vaporized or ingested as edibles, the study revealed marijuana use to be common practice among college students, with other alarming statistics indicating near daily use among six percent of the college population. One cause of concern is the impact this has on academic performance, with studies showing impairments in learning and memory caused by marijuana intake. Further concerns center on the continued use of marijuana following graduation and the risk potential of a substance use disorder arising from that.

The use of so-called “study drugs,” such as Ritalin and Adderall (but especially the latter), have increased dramatically among college students over the last two decades.

Adderall and Ritalin are prescription stimulants used to treat Attention Deficit Hyperactivity Disorder, which impairs attention and focus. But they are widely abused by people, especially college students, who often buy them from other students with a prescription. For instance, a 2005 study published in the Society for the Study of Addiction found that over half of all college students with a prescription were asked to sell the medication to other students. Although exact estimates of the range of its abuse among the total college student population vary considerably, the extent of its use is staggering on any count.

A widespread attitude among students is to discount the risks, on the grounds that Adderall is a legal FDA-approved drug, conferring palpable short-term benefits to their academic performance. However, this overlooks the illegal means by which they obtained what is in fact classified as a Schedule II narcotic, an amphetamine, which, apart from the potential for tolerance, dependence and withdrawal, can cause increased blood pressure and heart rate, and even more serious cardiac risks.

Now if you are in college and struggling with drugs or alcohol, RCA has a specialized inpatient drug and alcohol rehab program designed specifically for young adults. As early adulthood has its own set of challenges, so too does addiction at this stage of life. The Young Adults Program is tailored to the developmental challenges of young men and women between the ages 18-34, as they intersect with their recovery. Some common co-occurring disorders treated in tandem with their addiction include depression, ADD, and eating disorders, among others. Under the care of clinicians trained specially to deal with this population, they also gain through peer support, as well as through their regimentation into gender-specific groups.