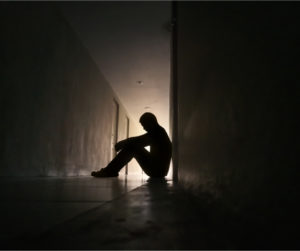 It has been said that the problem with good advice is that it usually interferes with our plans.  In the spirit of a human tendency to give advice in buckets and take it in grains, SMART Recovery starts off its meetings by asking participants to refrain from advice and instead encourages people to offer others ideas to consider.  This week’s article is the first installment in a series that will offer ideas to consider rather than direct advice on how to improve the rather dismal track record of treatment for addictive problems.  This week the idea up for consideration is that avoiding rock bottom is good.

The concept of rock bottom implies that if I want to change a pattern of addictive behavior then I must lose everything and hit the lowest level possible before I will change.  Beyond the disheartening message that I have to destroy and ruin everything that matters to me, there is an obvious logical fallacy in the notion that truly losing everything will motivate much other than an intensification of self-destructive behaviors.  It is precisely when everything is lost that substances are at their most appealing.  The intensity of substance use is a direct reflection of the intensity of pain, so adding more pain and loss by pushing someone towards rock bottom is not only unlikely to be helpful, it is likely to be harmful.

Rather than waiting until someone completely obliterates everything held sacred before offering help, it might instead make sense to anticipate a potential problem and adjust prior to dire straits.  Avoiding disasters is generally a worthwhile endeavor.  People truly losing everything and making a comeback that puts Tiger Woods’ recent Master’s win to shame does happen, but it is the exception not the rule.  The rule is that when people hit rock bottom things like apathy, despair, and substance use intensify because there is nothing left to lose.

It is an idea worth considering that we aim to help people avoid rock bottom and spare them some of the pain, humiliation, and suffering that goes along with it.  Waiting to help people who want to change a pattern of substance use until they hit rock bottom is akin to refusing to treat cancer until it spreads throughout the whole body – the treatment might still work, but it is far less likely to work than if the cancer was detected early and acted upon immediately.

Rather than waiting for people to lose everything, we might look for what Carlo DiClemente calls “tipping points,” or adverse consequences that increase motivation to change (e.g. DUI, embarrassing behavior at the company Christmas party, etc).  My wise mentor, Dr. A. Thomas Horvath, told me early on in my training with him that people tend to change when they lose more than they thought they ever would and don’t want to lose any more.  When people truly lose everything positive outcomes are rare.  Having something to lose motivates us to keep it, having nothing to lose motivates us to say an R-rated version of “forget it.”