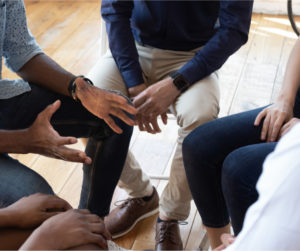 This article is by Ed Welch and published by CCEF

So many things in life seem relatively straightforward on our first pass. Later we discover that there is more to it. For example, at first, all deciduous trees seem to look alike—tall and leafy. Gradually though, our eyes can tell the difference between oaks, maples, poplar and ash. Finer discriminations come over time. We could also do the same with fear, anger, bipolar . . . almost any category. And we can do it with addictions.

On our first pass, addictions are lusts. They are out-of-control desires that usually hurt the addict and anyone else who is close by. But if we spend enough time with addicts we might notice subgroups within addictions, and though lust applies to them all, there are other biblical approaches that could be even more suitable.

1. The hurt, fearful, or shamed addict. These are well known and most common. Addiction covers pain, guilt, shame, fear—stuff that just hurts. If we miss these reasons we will be unhelpful.

2. The angry addict. These drink and drug at others. They have enduring anger at certain people and the addiction is aimed at them. You won’t hear a sentence or two without some expression of judgment, sarcasm, or cynicism. Sometimes these angry addicts are also hurt and fearful; sometimes they are just plain angry. They are scary, not so much because they might hurt you, though they certainly can lash out at family and friends, but because anger is so delicious and satisfying to the angry person. For these addicts, anger becomes part of the addiction.

3. The bored addict. These are difficult. We can understand the desire to numb pain, and we are familiar with anger, but life is certainly not boring. And though we can easily summon some respect and empathy for those who are thrown by the pain of life, boredom has more in common with the spoiled brat. For the bored, addiction is a way to feel more alive and above the ordinariness of daily life. Anger and entitlement might not be too far away.

4. The “what happened?” addict. These moved into addiction by way of naive experimentation or simply because friends were doing it. But, for some reason, they seemed to like it more than most, so they did it again, and again, and, at some point, the addiction owned them. And the whole thing is a bit of a blur. The reality is that some people like the experience of being high or altered more than others. Is there biology involved? Probably.

There are dozens of other reasons for addictions. I am not suggesting that these are even the top four. I do think, however, that a growing taxonomy such as this can help us understand people more clearly and enable us to counsel them with the truth that is most relevant to their addiction.